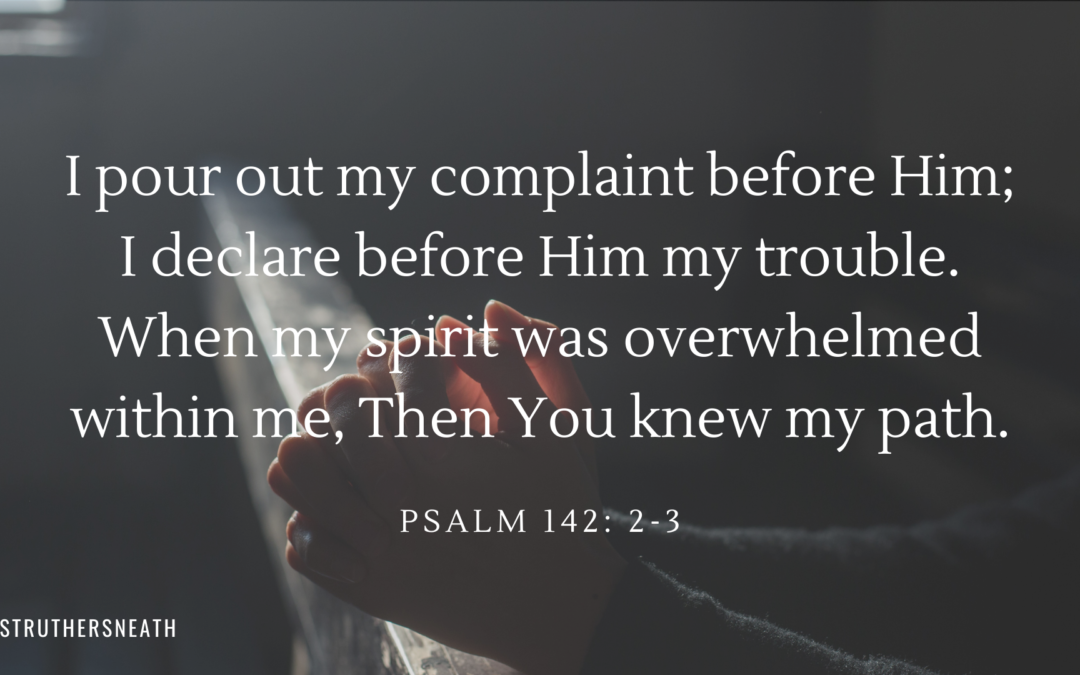 Thought for the Week - 6th September

There is much in this world that can bind us. As Christians if it isn’t dealt with, the bondage of old can keep its grip preventing us from deepening in our spiritual walk. New bindings of sin, hurts, temptations, illnesses, will also seek to creep in and take hold given the chance. Our fallen nature is so easily drawn in and we have an adversary don’t forget who will continue until the end of days to steal and destroy.

I was thinking about David, as a boy he defeated Goliath, led victoriously in battle time and time again, and won the hearts of the people. Yet, we read later he hid in a cave fleeing from King Saul who in bitter jealousy was in pursuit of his life. He was in enemy territory, surrounded by people who were in all manner of distress, and was unsure how God would lead him. I imagine he was lonely, lost, not right with God or with his people, and was very much afraid. However, despite his state he couldn’t unhear his calling. God had anointed him to be King.

Most of us will go through difficult times at one point or another during our walk. It can be tough and will require true application of the faith we profess. Sadly, some will allow bitterness to root in and turn their anger towards God. David’s situation seemed hopeless, his joy had gone and his spirit was bound, but he did not turn against God. David cried out to Him in Psalms of distress for his plight and with praise for his Lord, the only one that could help him. He spilled out the depths of his heart for deliverance and proclaimed the mighty power of God over it.

We can find ourselves in a terribly bound state, our spirit can become overwhelmed and we slowly breakdown under it. However, God is our refuge and our portion! We need to take it to Him, not fool ourselves that we are strong or self-reliant. Has He not brought us this far? Does Christ not already have the victory?

David recognised his state before God, he verbalised his anguish to Him and exalted Him with affirmation and reverence. David knew God would break him free from his awful state, and he knew the bountiful way in which God deals with us.

Only God can truly break though the things that so deeply shackle and bind. Pour out to Him all that weighs you down. When no one and nothing can help, our Father is there to listen with incomparable love and mercy for His children. Let your heart’s cry be for Him and He will break every chain.