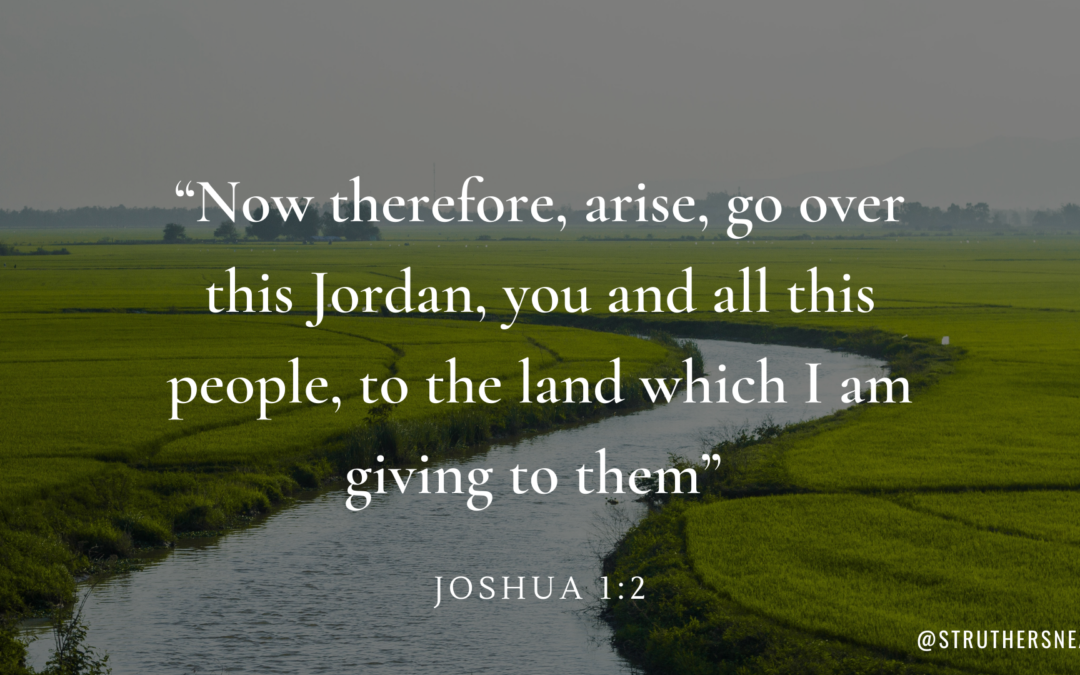 Thought for the Week - 7th March

“Now therefore, arise, go over this Jordan, you and all this people,
to the land which I am giving to them”
Last week we touched on the moment Elisha’s servant asked ‘‘alas! what shall we do’’. Elisha prayed that his servant’s eyes would be opened to the spiritual realm.

We also look to our leaders at times when our sight is shortened. We seek their counsel because we trust God has appointed them to that position. Moses was appointed to lead the people of Israel, and God still appoints leaders to care for our spiritual walk and steer us in the right direction.

When Moses died, God commissioned Joshua to lead His people to the promised land. Now this was no easy undertaking for Joshua, he would have to lead an entire nation across the Jordan. God had promised ‘’as I was with Moses, so I will be with you. I will not leave you nor forsake you.’’ (v5). It was only in this commission and promise that Joshua could go forth and lead.

It perhaps was no easy ask of the people either, they wouldn’t have known how they would survive. They would have had to place their full trust in Joshua to lead them across the river in faith that God had anointed him and would provide a safe path. Though they would not have known what lay ahead, they did know the providing hand of God among them. He had kept and sustained them for 40 years in the wilderness.

The children of Israel had to trust God and make a deliberate choice to follow Joshua.

Sadly, the church at large look less and less for God’s anointing on their leaders. We can get caught up in our likes or dislikes of character, what qualifications they have, or background they’re from. These things, if allowed, can cloud our view or even fuel our rebellion. But when we know they are anointed, we can surely trust that they will lead us safely on.

I imagine at the edge of the Jordan there would have been some that doubted Joshua and, in that moment, would have had to put their personal views aside and simply choose to follow despite what they thought or felt.

It can sometimes seem as though the Jordan stands between us and where we are meant to be.

Will you trust and follow, or be left behind on the river bank?

These are unsettled times. We don’t know what the future will bring but God has promised to be with us. Let us remember all He has done, and trust in all that is to come, as we choose to be led on the path ahead. He will not leave us, nor forsake us.