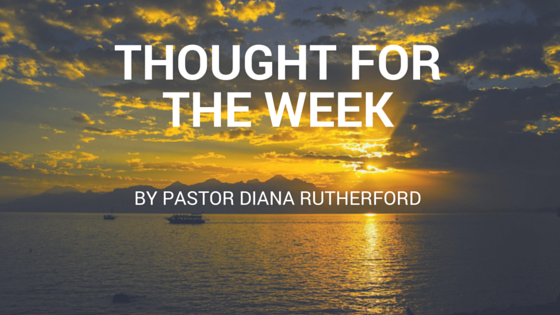 Thought for the Week - 7th December

And she shall bring forth a Son, and thou shalt call His name Jesus,
for He shall save His people from their sins.

The mad season is upon us once again! Children practicing hard at school and church for Nativity plays and choirs; the shops busy and festive; lists being made and generally life is chaotic for many people.

And yet, thousands of years ago, in the quietness of a small village, a small child was born who would change the world. We can hardly blame Him for the Christmas chaos we have caused but we can certainly say that His birth has caused the biggest stir in all the world. There is no other person who on entering the world has caused such havoc!

This verse, to me, has the most simple and direct message about the birth of Christ.

“He shall save His people from their sins.”

His people, are those who believe in Him and do what He teaches by changing their lifestyle accordingly. These people will be saved from their sins. That means their sins will be removed; they won’t go on doing the same wrong things because their sins will be taken away and they will be changed.

Sometimes children in school ask me what sin is. I wonder what your answer would be? Sin is when we do something wrong in the eyes of God. A simpler interpretation could be when we wrong our inner conscience; something that leaves us feeling guilty because of the way we have acted.

Christ came to save us from ourselves; from the wrong choices we would make; from the weight of guilt that would hang around our consciences.

This Christmas, as you join in the festivities, spare the young Christ child a thought. He came to save you from your sin.