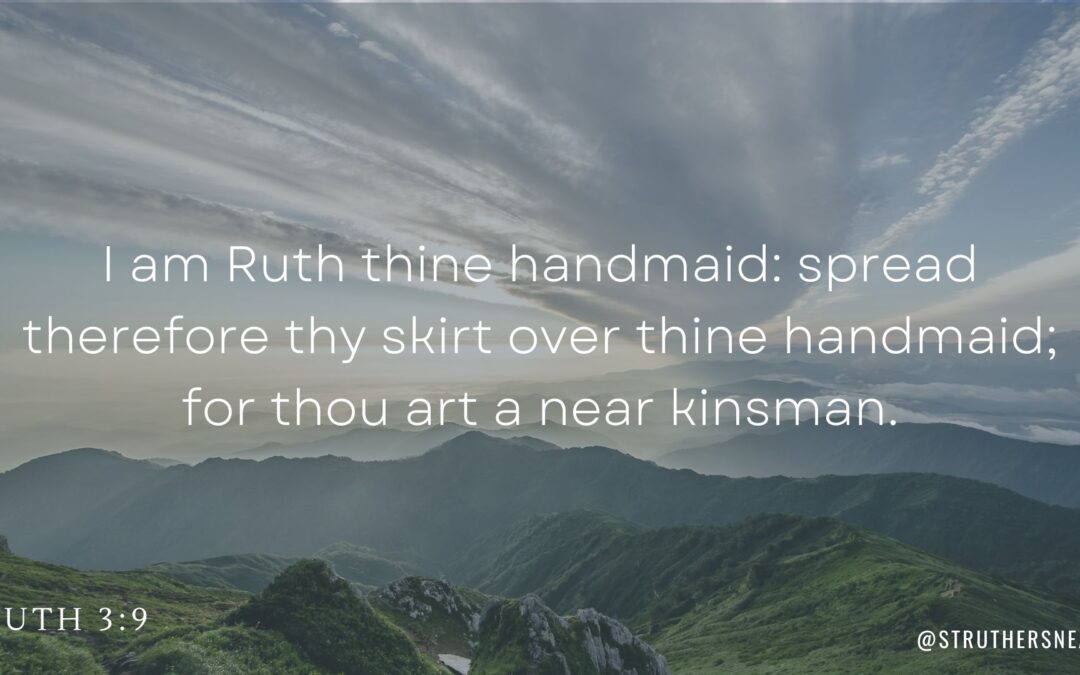 Thought for the Week - 16th May

When Ruth and Orpah’s husbands died, their mother-in-law Naomi instructed them to go back to their mothers’ houses. Naomi had nothing and no way to provide. She had left the famine in Judah 10 years previously and travelled to Moab with her husband and sons. She had nothing to return to and her land was gone. Naomi thought that God had afflicted this awful circumstance against her, and urged the women to go back to their people that He might deal kindly with them. Orpah did as she was asked and went but Ruth would not go and said ‘’Your people shall be my people, And your God, my God’’ (v16)

Ruth was loyal to Naomi, she saw something of God in her and chose to stay close to her no matter the circumstances that lay ahead. We could make the parallel that as she turned away from a potentially more desirable life back with her people and the gods they worshipped, we too must turn from the things that would be our false gods and choose to follow Christ in unity with His people.

Loyalty seems to be an attribute that is overlooked these days, with those focused on self and appearances being held in higher regard. Loyalty to one another as a body of Christ is so important, and something that is often missing in the Christian walk today. Loyalty helps us stand in unity, keep us upright as a fellowship, and remain in good standing before God to carry works and anointing. There is deep blessing to be found in loyalty.

Naomi’s situation appeared so bleak to her that she had become bitter. She had allowed it to colour her entire outlook, she couldn’t see a future for herself nor did she have hope that God was working things out for her good. Bitterness is a terrible thing. As Christians we have to guard against the bitterness of life coming into our souls; it can consume us, tainting the way we view everything and everyone around us.

Now back in Israel and in need of food, Ruth went out to gather grain left by reapers during harvest in the field that belonged to Boaz, a wealthy relative of Naomi’s late husband. There she found favour in his eyes as he had seen how she had looked after her mother-in-law and displayed such kindness and loyalty toward her. Naomi saw that this was good as he was a close relative. Under her instruction, one night when Boaz laid down on the threshing floor, Ruth uncovered his feet and laid down at them. Boaz, startled, asked, who are you? And she replied “I am Ruth, your maidservant. Take your maidservant under your wing, for you are a close relative.’’ (Ruth 3:9)

Under old law a person’s nearest kinsman had the right to redeem land that had been lost to a bloodline. Boaz not only accepted Ruth as his wife but redeemed the land of his brother, restored to Naomi the land of her husband, and go on to have a child with Ruth.

Ruth had reached out to Boaz to take her under his covering, he was her and Naomi’s only hope, their nearest kinsman and redeemer.

Don’t we too have a wonderful redeemer in Christ! He is our nearest Kinsman. He is the only One who can redeem, restore and make new. We can try to put things right, to self-help and self soothe, but only Christ can really help. Only He can wash away our sins and truly heal our deepest wounds. Only He can turn around the direst circumstances, and He does so for our sakes and for His glory.

Like Ruth, let us stand with one another in unity. Let us humble ourselves before God, knowing our weakness and admitting our wrong doing, and let’s ensure we come right under Christ’s covering, protection and redeeming power, for He is our nearest Kinsman.